Techweek'18 is coming to the Waikato! 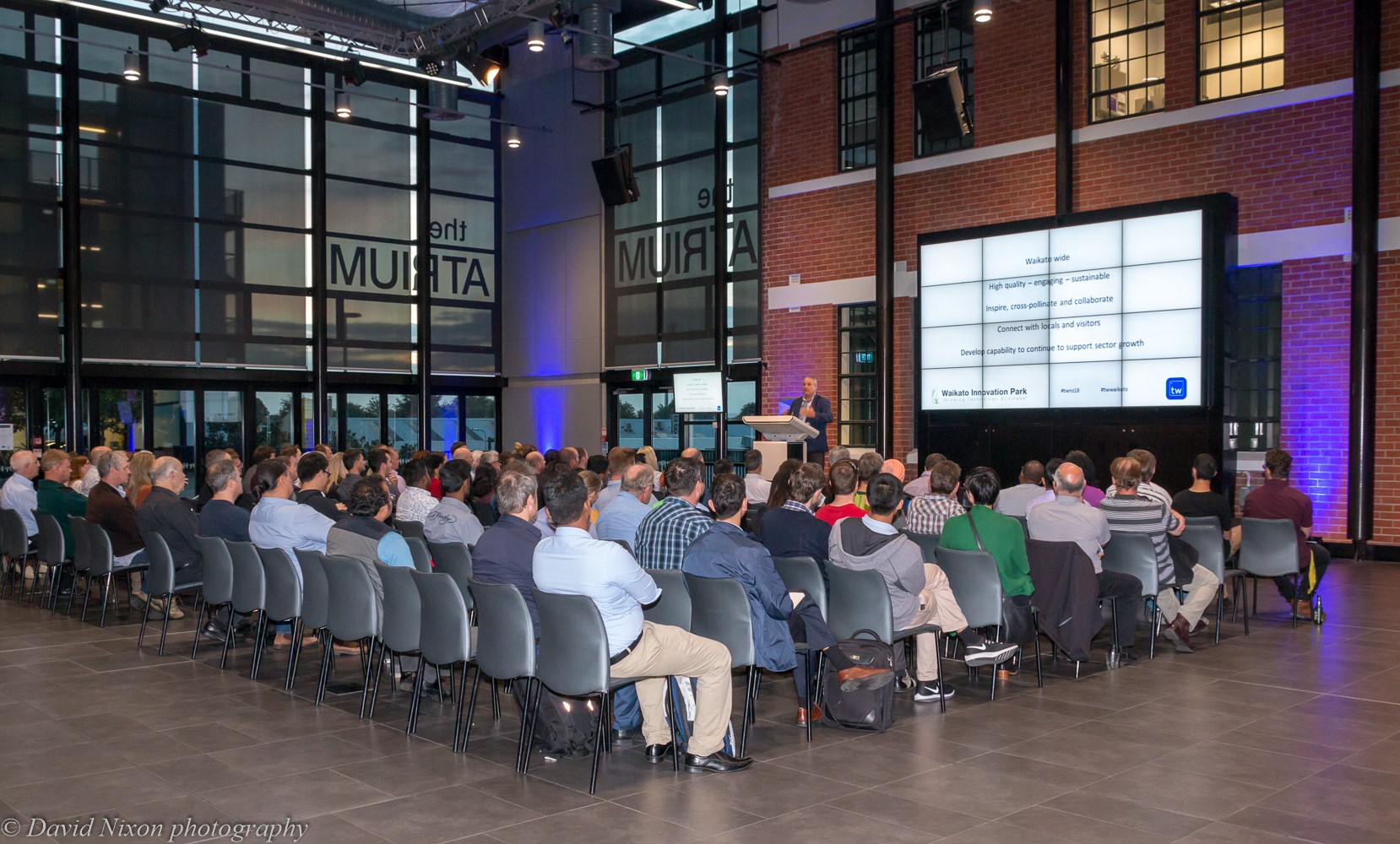 The Techweek’18 Waikato launch event revealed the importance of tech business to region.

More than 90 people were present for the official launch of Techweek’18 Waikato last Monday, co-hosted by Waikato Innovation Park and Wintec.

Techweek’18 Waikato is an inaugural event for the region, and will see a programme of events happening from May 19-27 around the Waikato region, as part of the established nationwide Techweek festival.

The launch, at Wintec’s The Atrium in central Hamilton, was timed for international ‘Internet of Things (IoT) Day’ – a worldwide initiative started by the IoT Council in 2010 as an opportunity to have conversations and generate discussion on IoT.

IoT refers to the connectivity of things, including devices, appliances and machinery, and how data can be collected, analysed and shared to solve problems, drive innovation and enhance everyday life.

Techweek’18 Waikato’s featured event is an IoT tour across the Waikato, which includes visits to the towns of Raglan and Paeroa. Participants will gain insights from tech-led businesses using IoT into what the future could look like for primary care, nutrition, sport science and social care. They will also learn how IoT is advancing primary industries and how local smart cities initiatives are aiding urban development.

Craig Purcell, business growth manager at Waikato Innovation Park, spoke at the launch event, and said that Techweek’18 Waikato would be “a truly Waikato-wide event”.

Purcell and his team at the Park have been busy since late November consulting Waikato businesses, technology companies and tech enthusiasts, as well as local councils, schools, community organisations and tertiary education providers to organise 16 events for Techweek ’18 Waikato.

“There is something for everyone across the key themes, identified through meetings with over 60 individuals, that will promote innovative tech activity from around the region and enable further cross-pollination and collaboration,” said Purcell.

Techweek’18 Waikato project coordinator Jannat Maqbool said that she hopes the Waikato event will be an annual one, and attendance at the launch event and the response she has received from Waikato people indicates that it will be.

“We want to ensure the programme will be sustainable, encourage new initiatives and add value to existing efforts to build capacity in the technology sector and retain talent skills in the region,” said Maqbool. 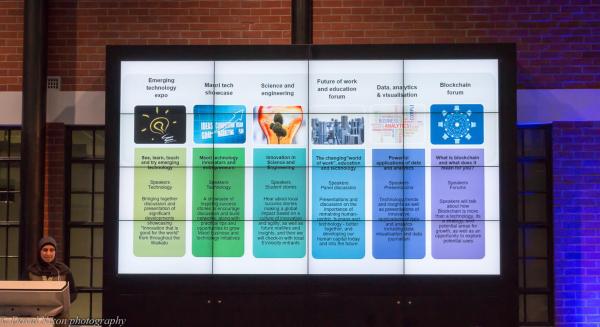 A Young Innovators Challenge was also launched last Monday, which encourages Waikato children aged three to 18 to design or create an idea that is “good for the world”. The challenge supports the development of science, technology, engineering, arts and maths (STEAM) skills.

Other events running during Techweek ’18 Waikato include the CultivateIT Emerging Technology Expo and a Māori Tech Showcase, as well as opportunities to hear about innovation in science and engineering, the future of work and education, applications of data and analytics, and to learn how blockchain technology can add value to products and services.

Tech breakfasts will also be held in regional centres and there will be programmes running at libraries, community centres and other organisations across the Waikato to ensure as many of us have an opportunity to be exposed to and inspired by emerging and innovative technology that is good for the world.

Attendees at Monday’s launch event were brimming with enthusiasm about Techweek’18 Waikato. University of Waikato research projects developer Brian Cole said: “The Waikato has proven itself to be at the forefront of innovation in the past and is leading the charge again in the Internet of Things.”

Labour MP Jamie Strange was also at the launch and said: “We have a thriving technology sector in the Waikato. Techweek ’18 will continue to build on this, promoting vision, creativity and cooperation.”

For more information on the Techweek ’18 Waikato programme including opportunities to support the initiative or exhibit at an event visit http://techweek.wipltd.co.nz or contact project lead Jannat Maqbool at Jannat.maqbool@wipltd.co.nz.

See some of the events mentioned in this post below.