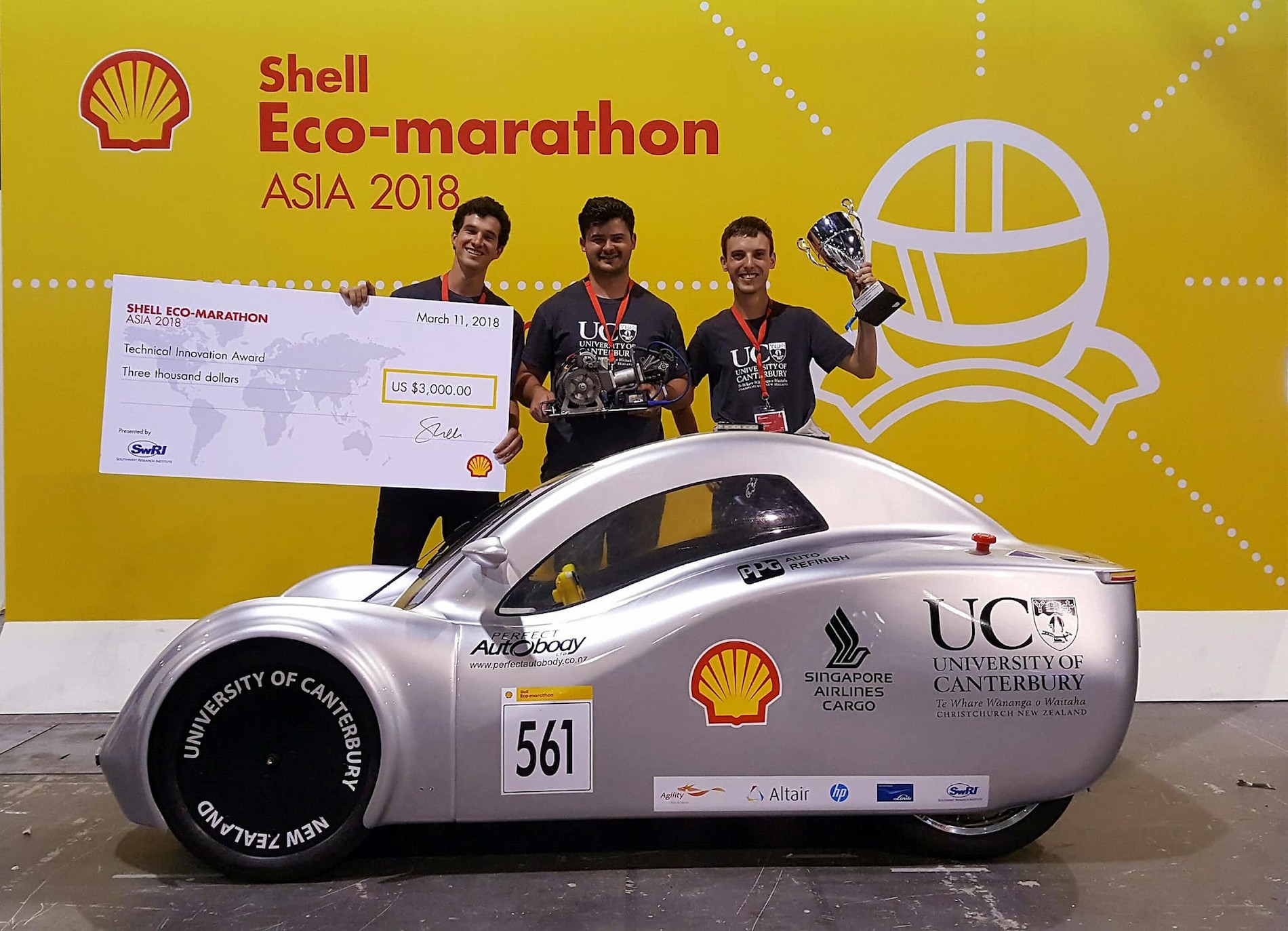 The University of Canterbury Eco-marathon team is again coming home from Singapore triumphant, after beating more than 100 teams from 21 countries at the Shell Eco-marathon Asia 2018 event.

The student team has won this year’s Technical Innovation award, an off-track prize which includes a trophy and US$3000, in UC’s second Eco-marathon competition entry after competing in the international event for the first time last year at Changi race track.

The judges said the UC team “was awarded the Technical Innovation Award for the self-designed 3D-printed titanium engine in their UrbanConcept car, which makes for a stronger engine with finer, more intricate details”. The student team, which meshed the use of 3D-printing with the traditional machine, was lauded for “taking a holistic approach to designing and printing the complete engine in a way that is not only optimised for efficient production of the printed parts, but also for optimised engine fuel efficiency”. 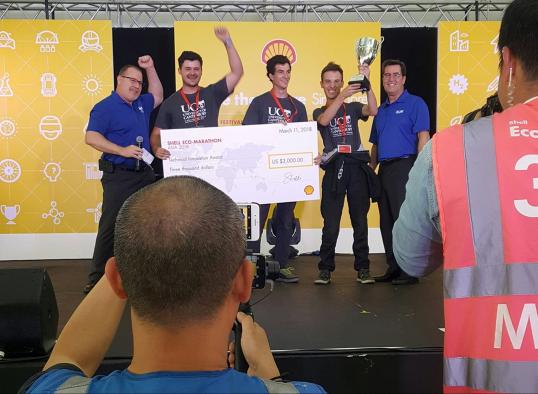 Faculty advisor to the UC Eco-marathon students, Bruce Robertson says the team has done extraordinarily well in the second year of competing in the Eco-marathon contest and has left its mark on a global stage.

“The 3D-printed titanium engine has been met with so much interest that our voices were failing from having to talk to people about it so much,” Mr Robertson says.

“When competing internationally, it always strikes me that we must be doing a particularly good job of educating engineers at UC. As one delightful elderly Pakistani man said to me yesterday, ‘after a lifetime of watching the Kiwis on the cricket field, I had no idea you could be so clever!’

“We are honoured to have such generous support from our external partners including Shell NZ, Singapore Airlines Cargo, and Rodin Cars. Without their support, the world might have one fewer glimpse of what Kiwis can do.”

Last year the UC team won the Eco-marathon Design award for: “producing a car that brought fresh thinking about recyclability to the competition. By entering a car largely made of a common thermoplastic, the team showed a refreshing and holistic approach to design – it chose a material that was easy to work with, light, low-cost, and easy to re-use”.