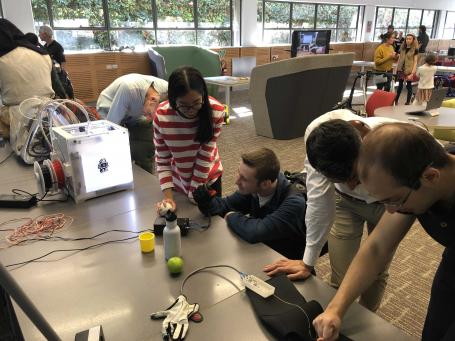 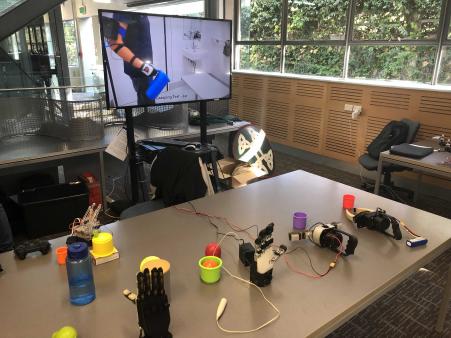 The University of Auckland featured some neat technology today at the New Dexterity Expo and the Acoustics Experience event. Robotic and prosthetic hands for grasping everyday objects, created by University of Auckland's PhD students, were on display. Some hands had fingers and were adaptive, capable of picking up the most delicate objects without crushing them.

The Acoustics Experience included a tour to acoustics laboratories, where attendees experienced two extremes: no acoustic reflection in the anechoic chamber (below) and long lasting echoes in the reverberation chamber. 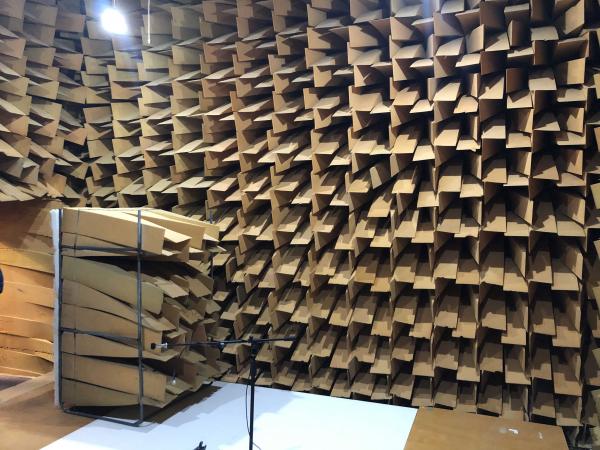 The 3 day AWS Alexa Games Hackathon officially began today, after attendees were taken through the workings of Alexa and equipped with the know-how to create their games by Alexa Developer Evangelist Azi. Teams formed and have begun work to complete their games — they'll have all weekend at AUT, and are competing for the Amazon Echo prize! 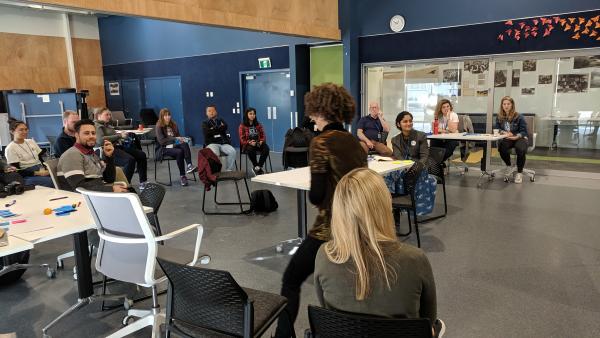 The Techfugees Hackathon also kicked off today in Stokes Valley, Wellington, with teams working to develop solutions that will improve the resettlement experience for our refugee background communities in NZ. The work is well underway as the teams worked through their identified problems and started to discuss potential solutions, particularly around employment and mental health. We can't wait to see the results tomorrow!

There were plenty of events for the whole family too — like the TEXpo19 in Dunedin, OMGTECH! Rangers C.A.S.T Workshops in Auckland, and She Can Code in Kerikeri! 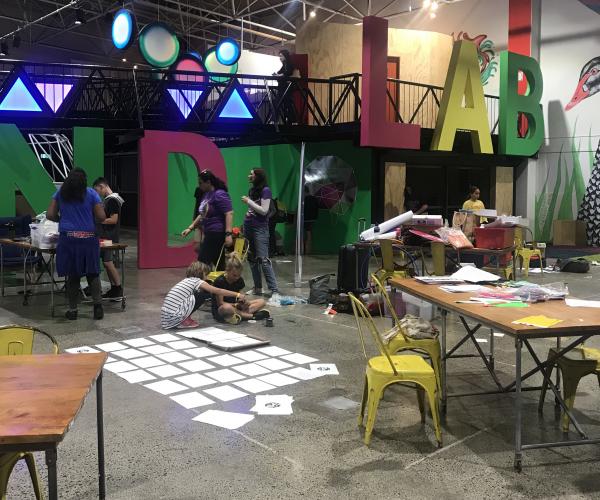 The Indie Games Showcase also took over GridAKL today, attracting people from all walks of life to come play some cool and quirky indie games. The event brought together both up and coming and established game developers, who showed off their creations to the engaged audience. Kids played alongside adults, experimented with headsets and even got the chance to create their own games from scratch! 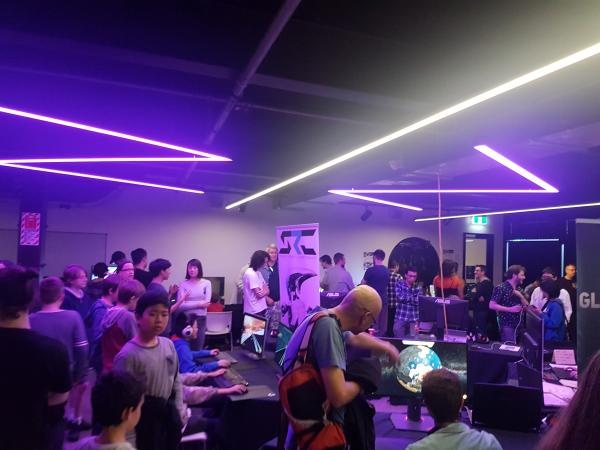